You are here: Home / CultTV Series

We have always been determined right from the start of our television production, that we would make high quality formats. We produce new television series in which we explore original and unknown themes, ahead of their time and programmes the public want to watch.

What interests us, is to get in touch with unusual dimensions through the discreet eyes of our cameras: which are capable of amazing people each time; reality is often more magical than any fiction.

The approach we use, is the one of docu-fiction and / or docu-drama. It lies, between reality and fiction, documentary and entertainment: its entertainment, but it stimulates the sensitivity and curiosity of the beholder. We introduce into the creative narrative, elements that denote our artistic point of view. Furthermore, we travel with the spectator on a unique journey, into thrilling and unusual worlds; always extracted from the real world.

Thanks to all the experience we’ve gained over the years, we take care of the entire production process: from the idea, to the actual realization on set and subsequently the post-production. To create a wider public audience for our TV series, we also follow more communication targeted paths aimed at all media forms.

We activate with our television partners a close synergy, aimed at achieving the artistic and creative goals.

We deal with intelligent partners, who believe from the outset in these special projects, and are also able to fully enter into the spirit of what we want to tell and how we want do it.

Our TV shows have earned considerable success abroad, because of their profound nature and their universal and global appeal. 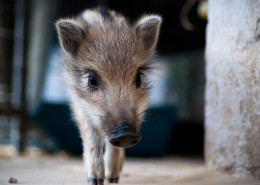 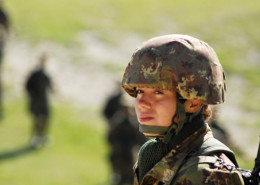 Our television series have taken us to magical worlds, as with the docu-series for Sky One titled: La famiglia salvanimali (Our Big Wild Family) filmed in collaboration with The Tutela Fauna Centre at Monte Adone, in the Bolognese hills. Every day the Berti family who founded it, and a group of brave volunteers, assist and rescue wild and exotic animals in trouble or in serious danger.

We are unbeatable in inaccessible reality shows: especially those that exhibit soldiers and their barracks. An example is: Io giuro-ritratti di donne soldato, (I swear-Pictures of women soldiers): they are unexpected stories of women’s lives, who face the challenge of becoming soldiers in historically male environments.

We followed various love stories, of people registered with Silvana’s matrimonial agency. It was entitled: L’amore che fugge (Escaping Love), it aired on Fox-life in 6 episodes.