POPCult was formed as a project: as a development for a group of freelance professionals with extensive experience; who have been working together for many years in the audiovisual and moving image sectors.…

POPCult is an independent production company: that from it’s very origin, specializes in creative documentaries and TV series.

POPCult produces for: cinema and television production, multimedia; the web; animation and much more…
From the beginning, it has had an outstanding position in the marketplace: with its budgets, content, audiovisual productions, and copyright; they are implemented by specialists: with quality, professionalism and passion.

POPCult has a special public bond, that is already recognisable just by its name: POPCult is a production company that is: POPular and CULTural, creative; spontaneous and independent.

POPCult works with the major television networks, and with national and international distributors. It’s present in significant markets such as: the Sunny Side of the Doc, (France); MIPDOC, (France); IDFA, (Holland); Hot Docs, (Canada); and Latin Side of the Doc (Argentina).

POPCult’s productions have been sold in: Finland, Sweden, Estonia, Portugal, France, Czech Republic, Qatar, Canada, Brazil and Russia. Additionally, they have been selected in renowned international festivals, and have won numerous awards and special mentions both in Italy and abroad.

POPCult has already specialized for several years, in integrated communication campaigns for international brands; focusing on creative ideas and creating editorial content of the highest value. The recent success with the brand: Almo Nature proves it; as an outstanding example of corporate communications. Other prestigious brands have entrusted us, read why…

POPCult was formed as a project: as a development for a group of freelance professionals with extensive experience; who have been working together for many years in the audiovisual and moving image sectors.

We welcome you to our website.
If you’re looking for information, insights, solutions or simple suggestions, you’ve come to the right place!

Below you can find:

POPCult’s in-house Crowdfunding Campaign: discover how we achieved success …
International networking: a global network of professionals
Distribution: the path towards distribution is POP

Would you like to know more about us? POP-people 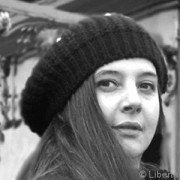 An award- winning editor and producer Giusi Santoro born and living in Bologna, Italy. She graduated in Science of Communications, at the University of Bologna and specialized in digital editing. ► Read more in POP People 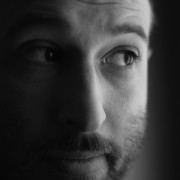 Born in Genova, lives in Bologna since 1997. Director and D.O.P. for over 10 years, specialized in workflow and interaction among production, formats and post-production, color correction/color grading, in particular for documentary.
► Read more in POP People 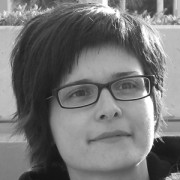 Cinematography and cultural work for several years conducting activities ranging from the development of film projects and creative organization on film and television sets. In recent years, with growing changes and alternative modes of production strategies, she has also developed professional communication and marketing skills. ► Read more in POP People 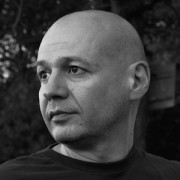 Born in Bologna, musician, composer, arrangementer and sound engineer. He has a degree in piano at the Academy of music of Bologna. He developed the audio post-production and music compositing for documentaries, short-movies, feauture and tv miniseries. ► Read more in POP People