POPCult doesn’t make company publicity commercials or corporate videos, but it intervenes with a creative process that attracts new additional elements rather than those more traditional methods of self promotion. 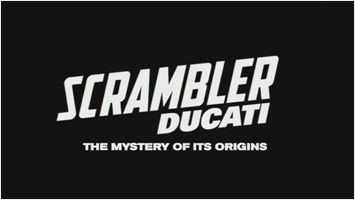 Ducati Scrambler: the mystery of its origins